What “Different” Looks Like in Medicine: A Day at Innovative Express Care 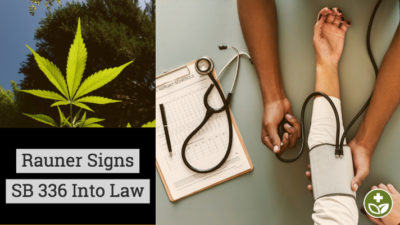 Illinois, a state known for strict medical cannabis laws, just took a major step in easing those regulations and expanding access in an effort to combat the opioid epidemic. IL Governor, Bruce Rauner, has now signed Senate Bill 336 into law, which includes a major provision allowing patients to swap out their opioid narcotic prescriptions for medical cannabis access. Statistics from the IL Department of Health indicate almost 2,200 deaths in 2017 from opioids (up from 1,072 in 2013), with almost half being attributed to heroin (ILDPH, 2018). The expansion of the state’s medical cannabis program is the proposed solution to this crisis that is outlined in the bill.

Passing with unwavering bipartisan support across the IL house and senate floors, lawmakers desperately hope the bill will help quell the flames of the opioid endemic by dissolving prior sociopolitical and bureaucratic barriers to medical cannabis access. Additionally, it will offer a safer alternative to narcotic painkillers which are notorious for causing overdoses and deaths across the country in what is being called “the opioid alternative program”.

Currently, there are many requirements by the state to obtain a medical cannabis card, with fingerprinting and criminal background checks being one of the most restrictive and contentious regulations. However, in the new bill currently being signed into law by Gov. Rauner, this provision would go up in smoke, along with several others that make access to medical cannabis more difficult. Prospective patients applying to the traditional medical cannabis pilot program can expect lower wait times and will eventually have (estimated to start in January, 2019) immediate interim access to smaller amounts of medical cannabis (2.5 ounces every two weeks) while their application for long term program membership processes with the state. Previously, patients had to wait 60-120 days to receive their medical cannabis cards, says the bill’s sponsor, IL democratic Sen. Don Harmon, quoted in a recent piece by the Herald Review.

Likewise, patients participating in the opioid alternative program can take qualifying forms from a physician straight to the dispensary and purchase 2.5 grams of cannabis every two weeks for up to 90 days, giving them access to the plant-based medicine for a similar length of time that they would be prescribed opioids (ILGA, 2018). Skeptics claim this is a dangerous step towards increased addiction towards cannabis and even opiates, however, the science suggests otherwise. Several recent studies have demonstrated the role of our internal endocannabinoid system in the perception of pain and the efficacy of cannabis in treating it (Lucas, 2012)(Fine & Rosenfeld, 2013)(Fanelli et al., 2017)(Corroon et al., 2017)(Haroutounian et al., 2016)(Vigil et al., 2017). Of course, the stark differences in mortality rates between cannabis and opioids are to be reckoned with by the opposition; to this day, cannabis has not been attributed to a single fatal overdose. Needless to say, the skyrocketing death tolls from opioid overdose help put the urgency for legislation like this into perspective. To read an in-depth, scientific review on how cannabis is combating the opioid epidemic, check out my article on The Medical Cannabis Community website here.

Policymakers and healthcare professionals alike hope increasing access to medical cannabis as an alternative to opioid narcotics could help mitigate the endemic here in Illinois. Legislation concerning medical cannabis in IL, as defined by the Compassionate Use of Medical Cannabis Pilot Program Act, restricts use to only those patients certified by their physician as having at least one of about 40 “debilitating medical conditions”. Currently, intractable chronic pain is not one of them. However, the new bill currently being signed into law allows for physician authorization to access to medical cannabis as an alternative to opioid painkiller prescriptions. Longitudinal and statistical analyses indeed confirm reduced opioid prescriptions, overdoses and deaths in states that have implemented successful medical cannabis programs (Bradford et al., 2018) (Vigil et al., 2017). It is likely a more expansive and streamlined program in Illinois may help reduce opioid mortality rates as well—at least that is the hope.

With elections looming in the near future, democratic candidate J.B. Pritzker leads recent polls and actively advocates for full recreational cannabis legalization. It is speculated that Rauner, a longstanding critic of cannabis, has signed Senate Bill 336 due to its political popularity among Illinois residents.  How effective this bill will be at battling the opioid epidemic here in Illinois remains to be seen. However, scientific and epidemiological data investigating cannabis for pain and cannabis programs on public health have shown to be promising.

If you are interested in getting your medical cannabis card, Innovative Wellness can help you get your card in the most efficient manner possible. We offer what nobody else offers:

Don’t go to any other doctor’s office for your medical cannabis card. We will help with your entire process. Just fill out the form and we will call you within 2 business days. We offer patient appointments within 5 days. 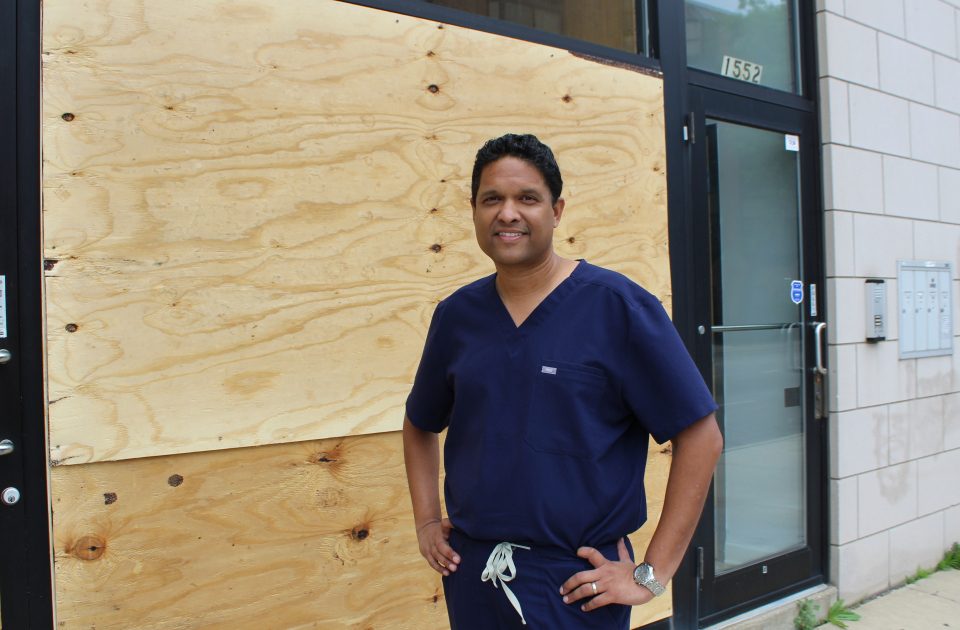 “We Don’t Promote Violence And Destruction, But We Get People’s Anger”

Now Is The Time To Get Your Medical Cannabis Card – Dr. Khare Explains Why In The Chicago Reader