Getting To The Root of The Problem: Clearing the Confusion Between Hemp & Marijuana

Medical Cannabis Now an Option for Thousands More in Illinois 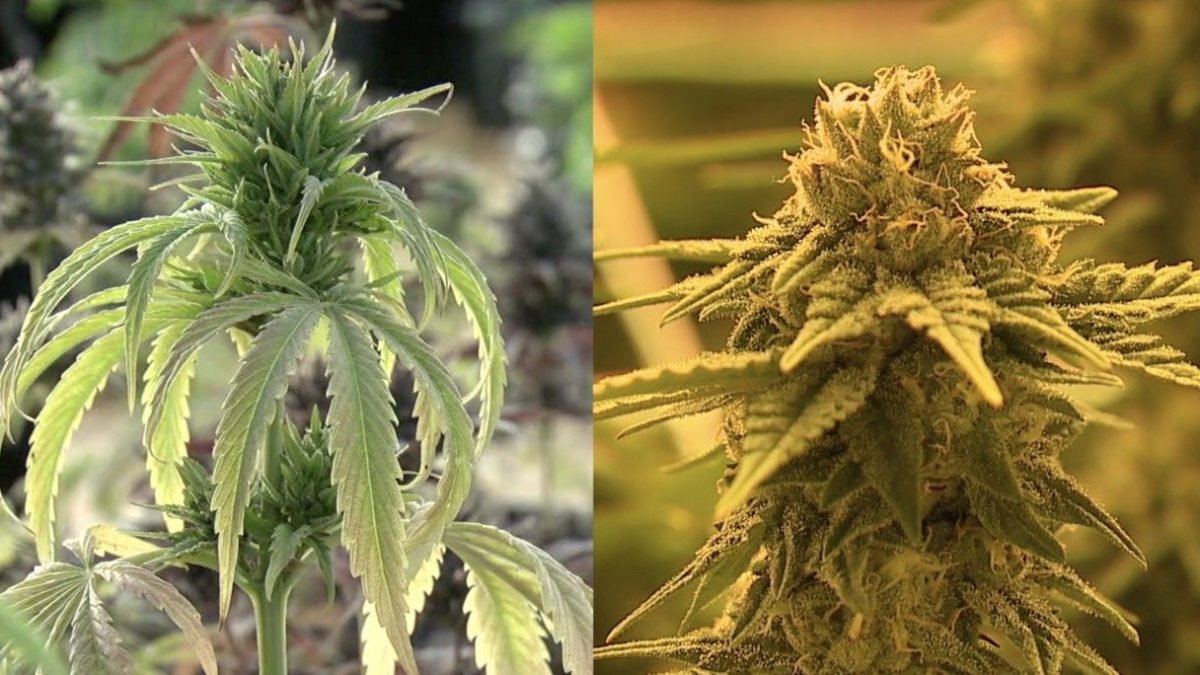 Anyone familiar with cannabis has likely encountered, or used, one of many slang terms to refer to the plant. Weed, pot, reefer, trees, bud, flower, Mary Jane, the devil’s lettuce—governments have even compiled extensive lists to keep up with the colloquialisms. Hemp, however, is something different, not to be thrown into the above brief list, instead denoting a strict, legal definition, as recently iterated by the Hemp Farming Act of 2018:

“(1) HEMP.—The term ‘hemp’ means the plant Cannabis sativa L. and any part of that plant, including the seeds thereof and all derivatives, extracts, cannabinoids, isomers, acids, salts, and salts of isomers, whether growing or not, with a delta-9 tetrahydrocannabinol concentration of not more than 0.3 percent on a dry weight basis.”

Excerpt from Section 297A1

This is mild legalese, but the main, important takeaway is that the THC concentration of hemp cannot exceed 0.3 percent on a dry weight basis. Marijuana, alternatively, has been cultivated to have exceedingly high levels of THC, frequently more than 20%. It is the THC content that creates the biological and legal distinctions between hemp and marijuana.

Is It All Cannabis?

From a taxonomical perspective, there is no difference between marijuana and hemp, as they’re the same plant.2,3 However, given that hemp has been cultivated to have very low, non-psychoactive levels of THC, there is a biological difference, as per the THC content. This is the only discriminating factor that causes marijuana to “become” hemp in the eyes of the law, and from the standpoint of biology.

The Hemp Industry: Uniquely Independent, Yet Closely Related to Marijuana

As CBD products continue to explode in popularity, there continues to be many misconceptions about the marijuana and hemp industries, their similarities, and what makes them uniquely distinct. While both hemp and marijuana are from the same species of plant (Cannabis Sativa), the equivalence ends there given how they are regulated, their effects on health and disease, and their applications and uses in history, as well as the modern day. To this effect, it is important to clear the smoke and better understand the differences—as well as the similarities—between these two burgeoning industries.

This distinction between marijuana and hemp is the result of both generations of selective breeding and man-made definitions that have created this rather complicated and nuanced distinction. The reality is these terms represent a more systemic issue of our society’s complicated relationship with cannabis.

A Quick Note About the Term “Marijuana”

The word “marijuana” is used within this article and context to specifically denote cannabis that has a THC content above 0.3% on a dry weight basis. However, the word itself stems from the early 20th century, and is closely related to the sensationalized fervor that led to its prohibition. Uncomfortable with the influx of Mexican immigrants who were seeking refuge in the U.S. from the Mexican Revolution, the population of the early 1900s witnessed a quick demonization of cannabis, rebranding it “marihuana” and sensationalizing it in print and film. The unfortunate propaganda, largely rooted in xenophobia, led to the Marihuana Tax Act of 1937.4 This legislation crippled the cannabis industry—then mainly focused with the cultivation and mass utilization of hemp—with absurd taxes, and has resulted in our current state of prohibition. The only reason we use this nomenclature is to clearly delineate between the two expressions of cannabis, as it would be far too confusing to simply use “cannabis” in this context.

A Closer Look at Plant Biology: How Selective Breeding Created 2 Forms of Cannabis

The biological differences between hemp and marijuana varietals of cannabis have been the result of generations of selective breeding.3 What is selective breeding, exactly? This is the process of choosing specific traits and propagating only those that are desired, while leaving those less desirable behind. This is achieved by selecting which plants (or animals) will breed instead of allowing for random mating. For instance, growers of marijuana generally want to increase flowering size and maximize THC concentrations. On the contrary, hemp cultivators ideally want to maximize the size and yield of their plants. This is due to the fact that hemp has many industrial applications and is used in the production of various goods such as paper, clothing, and even building materials.

In the Real World, The Distinction Between Hemp and Marijuana Gets Even Stickier

While hemp-derived CBD is now federally legal, the cannabis plant is still Schedule I and federally illegal. Even though all CBD is chemically identical, regardless of where it is sourced, the legality of the product depends entirely on where it was acquired. Cultivating marijuana plants strictly for CBD is illegal, as this particular expression of cannabis will have high levels of THC. Cultivating hemp for CBD is acceptable, though still problematic, since the FDA has not yet recognized CBD as a medicine.

THC, the psychoactive component found within cannabis, is responsible for the “high” associated with recreational use. Paranoia, time dilation, euphoria, altered awareness, and even the munchies are all associated with how THC, and the assortment of other cannabinoids, interact within our own endocannabinoid systems. It could be said that this “experience” is truly what is currently illegal.

Despite these practical distinctions in their applications, it is important to note that certain hemp and marijuana plants may look almost exactly alike and may be indistinguishable to the naked eye.4 Indeed, this has resulted in many erroneous prosecutions when hemp has been confused for the still federally illegal marijuana. In the state of Virginia, law enforcement is beginning to implement a new drug field test that can distinguish whether the plant matter in question is hemp or marijuana, based on THC and CBD content.5 Since the uses, legality/regulations, and effects of the two are so profoundly different, it is important to understand the differences between them and avoid confusion. Being knowledgeable about the subject is a powerful resource to have at one’s disposal to combat disinformation and the ignorance still left over from the early 20th century. 4

Coming Together for The Optimal Therapeutic Benefit: Supplementing Medical Cannabis with Hemp-Derived CBD

Now that we have a better understanding of the similarities and key differences between marijuana and hemp, is there any context in which the two worlds come together in a mutually symbiotic and beneficial way? It is a common misconception that if you use cannabis you don’t need to or can’t benefit from supplementing with CBD. However, many people actually are doing this, deriving great benefit from the combination. Why is that and how can they be effectively used together?

Hopefully this article has helped bring to light this important yet commonly misunderstood topic. In an ideal world, as there is no taxonomical difference between hemp and marijuana, such terms would never have come to exist in the first place. However, as they have become deeply ingrained in our society and social lexicon, the best strategy is to educate the public about the biological, botanical and regulatory differences between the two. Education is the best way to empower a society so, as a collective, we can make the best overall decisions for the progress of mankind. Clearly distinguishing the differences between hemp and marijuana is important, as there is still much confusion and smoke to clear around this complex and nuanced topic. Since such terms carry legal weight and have strikingly different regulatory policies, it is critical for people to better understand the differences and how they apply to one’s own legal rights.

A Shout Out To Our Hemp Industry Experts & To You, Our Readers

Thank you for joining us on this quest for knowledge and cannabis education. We hope you found this evidence-based review helpful and have cultivated a more clear and concise understanding between hemp and marijuana and their role in the modern day. We’d like to give a special shout out to Dr. Rahul Khare, acclaimed Chicago Physician and Founder/CEO of Innovative Wellness Brand CBD—a physician formulated, lab-tested and parent approved full-spectrum CBD product line made to be high-quality medicine for optimal therapeutic efficacy.

“We Don’t Promote Violence And Destruction, But We Get People’s Anger” 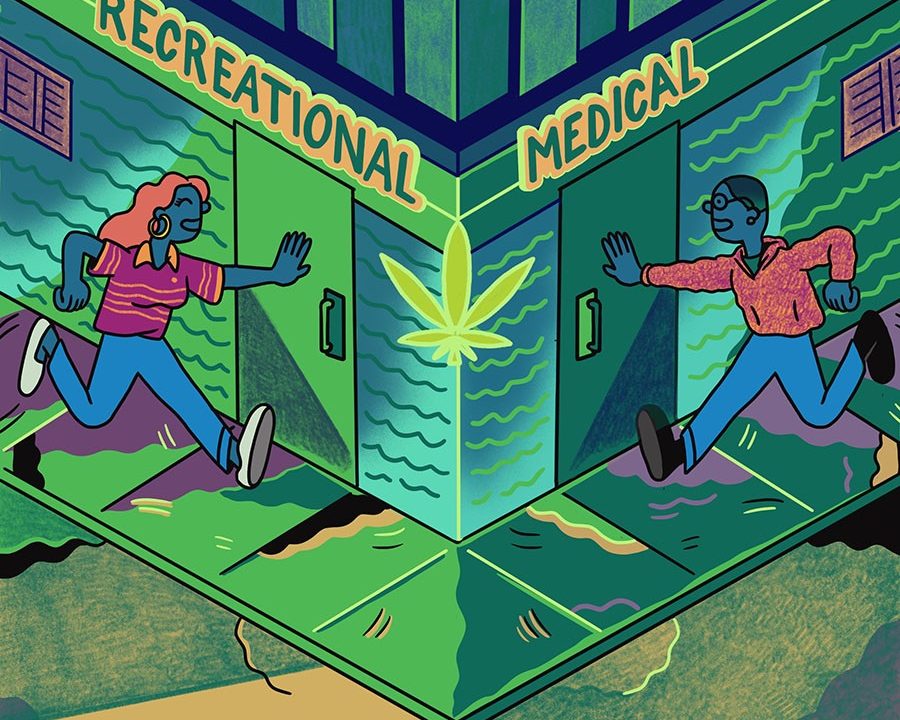 Now Is The Time To Get Your Medical Cannabis Card – Dr. Khare Explains Why In The Chicago Reader